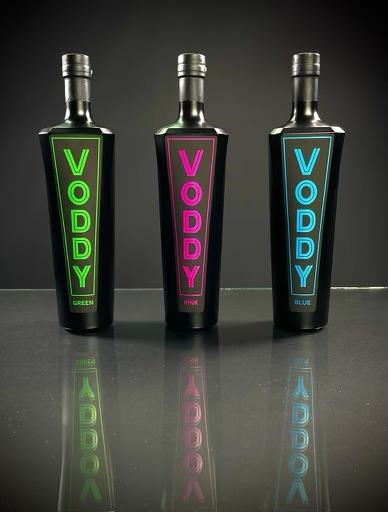 Distillutions applied for our Business Improvement Grant, which was funded by  the Scottish Government via the Discretionary Fund which supported businesses during Covid.

Lewis, distiller at Distillutions, studied at Herriot-Watt University and in 2011 graduated with a BSc (Hons) degree in Brewing and Distilling. It was during his studies he began working for a craft Brewery in Edinburgh and his passion for creating small batch, high quality products began.

After graduating he went on to roles involving sales and distribution, then rose to head brewer at one of the lead craft brewers in Scotland. He then had the opportunity to move back to his roots in Arbroath, where he took up the role of head distiller at a small ‘ground to glass’ distillery, making international award winning spirits.

He has now been able to realise his biggest dream of running his own distillery, specialising in gin and rum. Distillutions Ltd is now a thriving local business with plans to grow further with bespoke batch services now a key product offering.

Outcomes from the BIG Fund

“With funding from the Business Improvement Grant from Angus Council, we were able to purchase new equipment to increase our capacity to take on larger contracts which we were previously not set up to do. This equipment has also made our daily operations more efficient, allowing us to remain competitive during very challenging times. The grant allowed us to commit to taking on larger contracts for our customers’ export markets and indeed tender for and win new larger domestic contracts.

Without the grant money, we would have declined to tender for such contracts, and in a challenging time for our smaller customers, we may well have reduced our staffing level and simply battened down the hatches.

88 Brewery Beithirfire – exporting to China. After completing an order we were unable to undertake further orders due to the size and logistics. Following the successful grant award, we were able to offer this service again and have just completed another large order of 3000 bottles.

Without the grant money, we would have declined to tender for such contracts and in a challenging time for our smaller customers, we may well have reduced our staffing level and simply battened down the hatches.

As a result of the above contracts, our part time employee is now a permanent full time employee.  This has freed up time and resource to allow our other operative to be trained and developed towards becoming a distiller.”